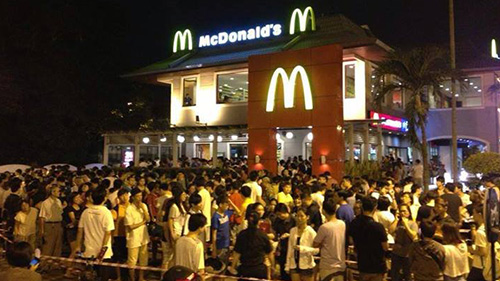 McDonald’s Malaysia continues to be the most popular fast food chain with countless outlets in the country. And it would be an understatement to say that Malaysians love their fries and burgers, especially when mixed with local flavours. A lot of this success boils down to the brand’s ability to go viral – its marketing campaigns can at times cause a massive stir and prompt hordes of customers to crowd their outlets, demanding for a Happy Meal.

As bewildering as they have been, these campaigns succeed in getting people to create buzz for McDonald’s. Here are 5 campaigns in recent years that show us time and time again what a masterclass in marketing looks like:

Last year, McDonald’s launched its Famous Orders campaign that showcases the signature orders from celebrities. This, of course, involves collaborations – and one of them is chart-topping K-pop supergroup BTS. Recreating the BTS logo with fries as a teaser (Source: McDonald’s Malaysia)

The McDonald’s x BTS Meal is simple: Chicken McNuggets, chili and Cajun dipping sauces, fries, and a medium Coke. The sauces distinguish the meal. But what BTS fans (a.k.a ARMY) really want is the BTS packaging, going as far as to wash and enshrine them. Despite being in a pandemic, Malaysia’s own BTS ARMY were militant, queuing in large crowds at McDonald’s outlets to get their hands on the BTS meal. They also crashed the McDelivery app and website.

2. Localised billboards for each state

The brand also showed that it’s a good idea to play with your food. Leading up to Merdeka Day in 2019, it launched a series of billboards that featured iconic places, phrases and attractions in each Malaysian state using its classic menu items.

Some playful imagination and bold, contextualised copy were all McDonald’s needed to hook people to its billboards and score more localisation points, without any mention of deals or product launches. Over 50 of such tailored billboards were deployed across Malaysia. 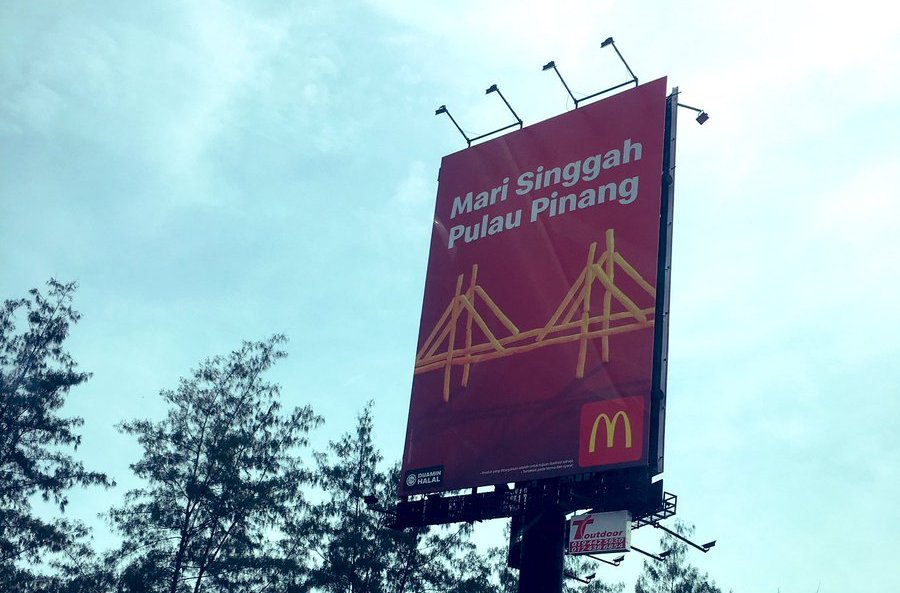 Following the incredibly clever local state billboards, the fast food giant put the cherry on the icing with a ‘Mekdi’ sign at its first ever Malaysian outlet in Bukit Bintang, Kuala Lumpur. Malaysians far and wide recognise it colloquially, but to see it formalised in this way was both humorous and heartwarming. Mekdi really takes its localisation seriously. Another smart move from the brand was to host a limited-time VoteMekdi campaign in 2020 which asked fans to vote for which outlet they’d want to see put up the Mekdi for Merdeka Day and Malaysia Day. The Bukit Bintang outlet came out in first place, but the signage was put up at the top 16 outlets voted by fans.

The Ayam Goreng McD revival of 2017 is a great example of how to advertise food. Showcasing what McDonald’s aptly describes as the “crispy krup”, “spicy sensation” and “juicy slurp”, the commercials were enough to make mouths water across the land. 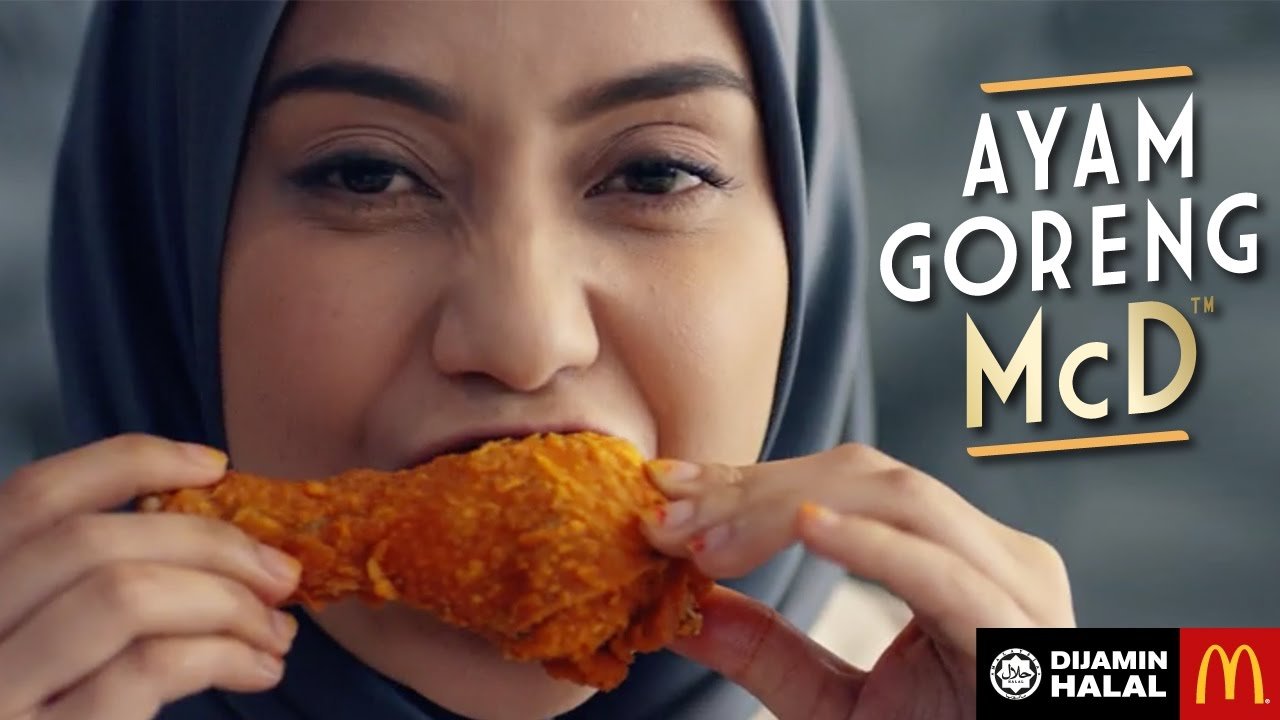 That was exactly what happened. Soon enough McDonald’s outlets far and wide ran out of their signature fried chicken. Was it a deliberate shortage by Golden Arches to create hype online? That was plausible. But they most likely just ran out of fried chicken because Malaysians couldn’t get enough of it.

This shortage led to another Ayam Goreng McD campaign last year, featuring a TV3 commercial with local actress Nabila Huda and her father, famed rockstar Amy Search from the 80s band Search. It was a savvy local collaboration, to say the least.

Back in 2013, there was no concept of social distancing. And so people gathered in close proximity outside their nearest McDonald’s to get a chance at collecting the Minion Happy Meal toys while they were in stock. However, they didn’t stay in stock for long. That in turn made people gather in larger crowds as soon as they got wind that the toys were back in stock. 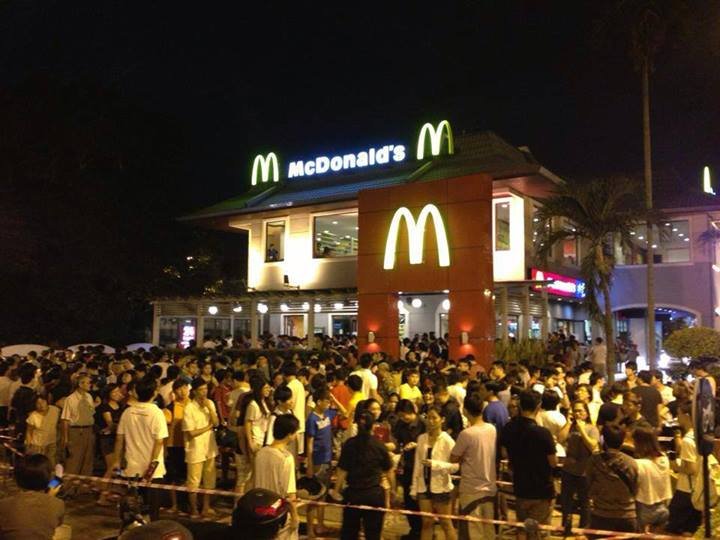 Subsequent Minion campaigns, standalone or on the back of the Despicable Me movie franchise from which they emerged, have not hit the same heights as the 2013 run. Nevertheless, McDonald’s has been able to repeatedly hit the nail on the head when it comes to viral marketing.

A fine example of how to localise

Since opening its first restaurant in Bukit Bintang almost 40 years ago, McDonald’s has gone from strength to strength in Malaysia, thanks in large part to ingenious marketing campaigns that establish the brand as a favourite among locals. It’s not hard to see why. The past decade or so has seen a number of ‘Mekdi’ campaigns take Malaysia by storm to maintain the brand’s leadership amidst growing competition. Are there any other memorable campaigns by the Golden Arches that deserve a mention? 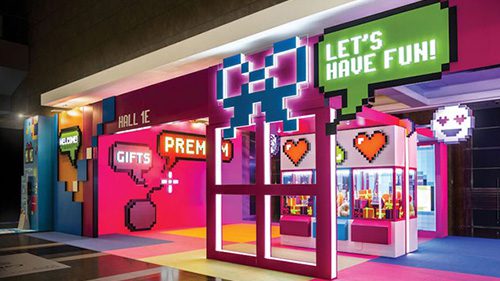 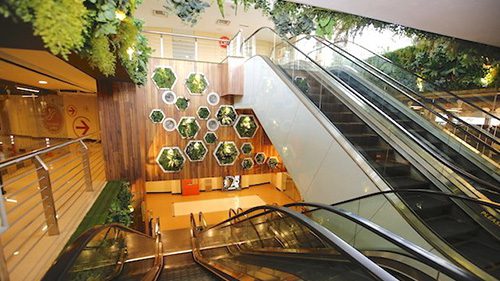 Engage 5 Senses Of Shoppers To Level Up Your Retail Marketing 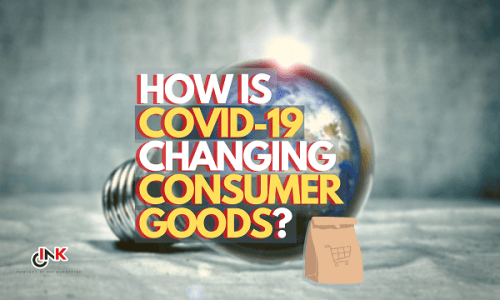 How has Covid-19 changed the Consumer Goods Industry? 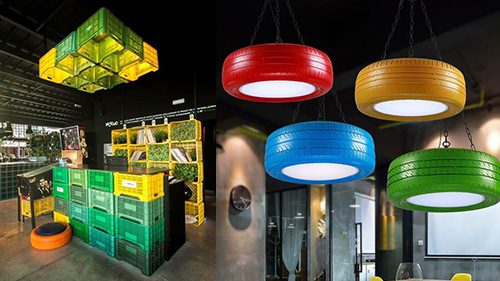 Have You Tried These Fun Upcycling Ideas To Refresh Your Retail Store? 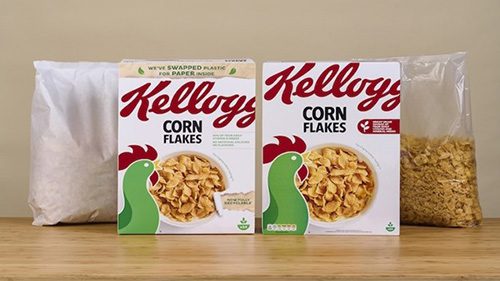 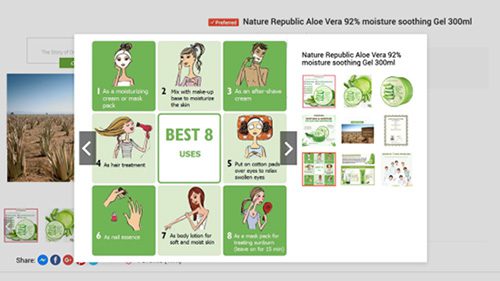